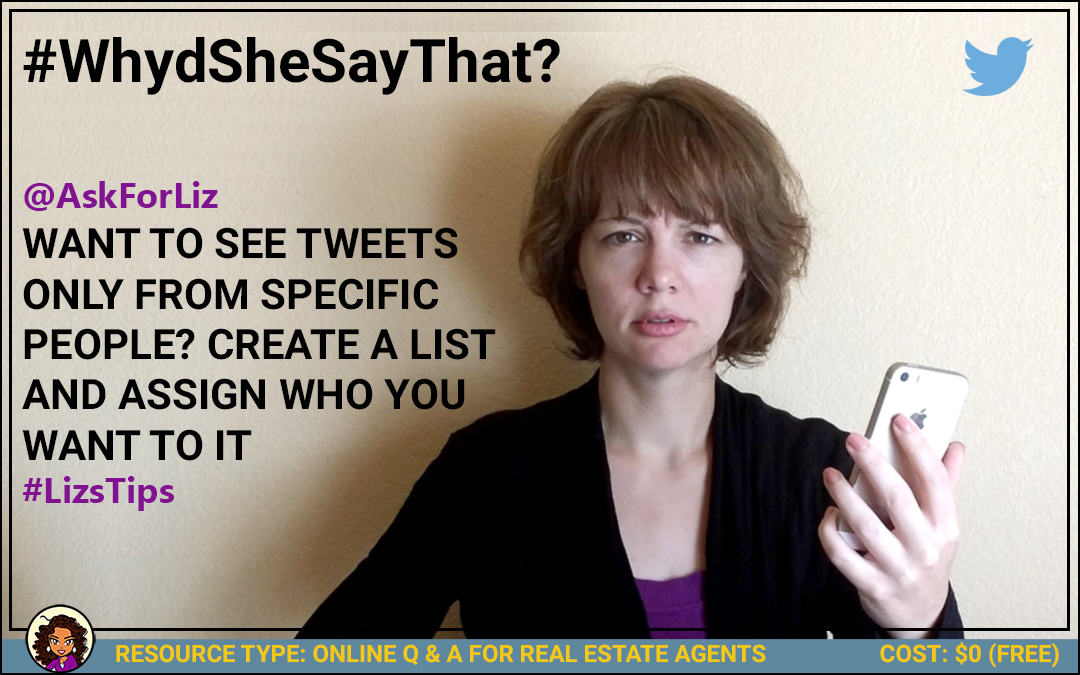 Let’s say you have a list of people who share the love of the same hobby as you do and another list complete with people who you find inspirational. On a day when you want to connect to the folks that might have something interesting to say about your hobby, you just go that list and your feed will have tweets only from those people. How nice and clean is that?

You create private lists in the same way you create public lists, with the exception of the box at the bottom where you need to click “Private”. You’ll be the only one that is able to see that the lists exist at all. This will make your time on Twitter so much more efficient! Please send me a tweet if you try this and it works for you, or comment below.

Public lists can be very powerful. Think about the names you give each of your public lists. When you add a name to that list, it will show up in the other person’s Twitter feed under Notifications. If the name of your list is very flattering, you’ll get some positive feedback and will undoubtedly gain followers.

Questions on making lists? Tweet me at @AskForLiz and use the hashtag #BeRealSocial so I can find you!