Are You Using Auto DMs? Pls Take A Moment Right Now To Turn It Off

I know how it starts – you get a Twitter account and at first you personally thank each and every person that follows you. Pretty soon you have a couple hundred people following you and you say to yourself “Golly Gee! There’s no way I’ll be able to keep up with this crowd. But I want them to know that I noticed them following me. I should thank them.” So you decide an automated, but still friendly, “Hey! Thanks so much for following me!” private little Direct Message would be downright neighborly. A good way to connect. No. Once you get past 200 to 300 followers, that little message box and become a real nightmare. The worst part is that you may very well miss an honest to goodness business opportunity because you get buried alive with these automated messages that mean absolutely nothing. Another important thing to note is that your Twitter message box doesn’t keep messages forever. So if you have an important Direct Message with perhaps someone’s contact information, I’d move it somewhere where you could get back to it.

The video clip above is about two days worth of automated messages that I receive. I’m sure there are plenty of people that receive even more. Almost all of them simply say “Thanks for following” but others are more aggressive and demanding. Bottom line, they mostly go unread and it makes it so hard to use this wonderful feature to build real relationships or answer customer questions.

Something new and exciting that spammers have been using to stand out from the crowd lately is sending a picture via Direct Message. Some of them even create groups of people (Twitter lets you create a group of up to 50 people) and sends them the same message. Then you get to see the responses from everyone in the group. These things are not cool and ruin the beauty that is Twitter. Would you like to acknowledge someone for following you, try to reach out and connect with them? Like relationships in real life, if they’re secret, they’re probably not a good idea. Just jump on Twitter and greet your new follower publicly. An amazing thing will happen. They will most likely respond to you and conversation ensues! 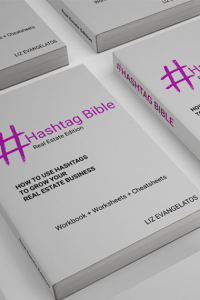